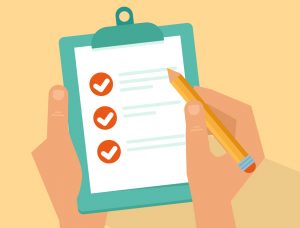 Whatever plans you may have for the festive season, they’ll hopefully involve taking some time away from your business to relax with family and friends; certainly, the very last thing you should be doing is spending time stressing about your tax affairs.

But every year, this is exactly what thousands of people do, using the Christmas break to file their annual tax return.

According to HM Revenue and Customs (HMRC), last year1,944 people submitted their self-assessment forms online on Christmas Day, 6,214 on Christmas Eve, and a further 6,200 on Boxing Day. By early January, returns were still outstanding for 4 million people!

One can only imagine the misery and stress behind these statistics, but there’s really no reason why filing a tax return should be left until the last-minute.

if you’re one of the 10 million people in the self-assessment tax system, and you haven’t already taken care of your tax return for the year ended 5th April 2017, you should get your return filed well ahead of the festive season. That way, you’ll be able to relax and enjoy the build up to the holidays.

This option can help spread tax payments for individuals receiving a second income – from employment, a pension, property investments or company dividends for example.

To be eligible to pay in instalments you must:

If you miss the deadline for filing your self-assessment tax return, HMRC will issue an automatic fine of £100. After three months, this will increase by £10 per day, up to a maximum of £900.

Deadline for Paying Your Tax

Of course, filing your self-assessment tax return on time is only half the story. Unless you’ve made arrangements to pay in instalments through your tax code as outlined above, you’ll need to ensure you settle your bill for the tax year 2016-2017 with HMRC by no later than 31st January 2018.

Significant fines plus interest will be added to any overdue tax, and HMRC has powers to seize personal goods from individuals.

If you are paying your tax in a lump sum, there are two further things to be aware of which can often catch people out:

Payments on Account can come as an unwelcome surprise to anyone unprepared – especially if they’ve submitted a late return and not saved for the additional tax due.

The best way to ensure you are prepared for your self-assessment tax bill is to put money aside throughout the year, but of course life being life, not everyone is quite so disciplined.

The next best thing is to file your return as soon after the end of the tax year as you can. This way, you’ll know exactly what you owe early, giving you plenty of time to save so you’re able to pay on time.

Although HMRC are generally reasonable about making arrangements with anyone needing time to settle their tax bill, they’ll never agree a payment plan in advance of 31st January – expecting as much of what is due to be paid up to and including this date. Only then will they negotiate a plan to include any fines and interest due.

Let Inca Take Care of Your

As Chartered Certified Accountants, Inca can take all the hassle out of preparing your annual self-assessment tax return.

Couples Jointly Owning Rental Property: Are You Both Declaring Your Income & Could an Ownership Split Adjustment Reduce Your Tax Liability?
2nd August 2022

Are You Planning to Sell a Second Property You Own in Your Name Only? Allocating Equity to Your Partner Could Reduce Your Tax Liability!
2nd August 2022

Is Your Business Getting the Recognition it Deserves?
12th June 2022

Contractors – Are You Compliant? HMRC Focuses on MSC Breaches in the Private Sector
26th May 2022

Boost Your Web Results: Learn How to Get More from Your Business Website!
31st March 2022

We use cookies and similar technologies to recognize your repeat visits and preferences, to measure the effectiveness of campaigns, and improve our websites. For settings and more information about cookies, view our Privacy Policy. By clicking "I Accept" on this banner or using our site, you consent to the use of cookies.