Do Dividend Changes Mean You’re Due a Double Tax Shock from HMRC?

On 6th April 2016, radical new rules affecting the way dividends are taxed came into force, with the introduction of a flat rate £5k tax allowance on dividends for everyone – irrespective of how much they earn. These rules changed again from the 6th April 2018 with the allowance being further reduced to 2K. 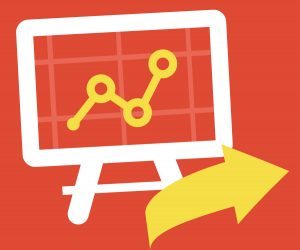 Under the new rules, any dividends taken over the tax free allowance will be taxed at 7.5% for a basic rate tax payer and 32.5% for a higher rate tax payer.

It’s a big change, and many business owners running limited companies can expect to find themselves on the receiving end of a tax bill for 2016-2017 that’s likely to be significantly higher than they’re used to paying.

It will come as a shock for a lot of business owners – some who have not previously been liable for tax at all will be receiving bills from HMRC for the first time. Even those who are expecting a bill may have no idea what it will be – and the cut and thrust of running a small business means many people won’t have set aside the money they’re going to need to pay HMRC on 31st January 2018.

A bad enough situation you might think, but it gets even worse.

Christmas can be a tough enough time financially without the additional worry of unexpected bills from HMRC to worry about. While you can’t change what’s coming, you can take action to prepare for it – possibly even make adjustments to the way your business is structured so that you reduce the bill you get this time next year.

Completing and filing a tax return is not most people’s idea of fun. For busy business owners, there are always plenty of other tasks to be getting on with, and if your used to paying little or no tax, you might have got into the habit of filing your tax return close to the deadline.

But the changes to dividend tax mean no one running a limited company can afford to be complacent this year.

Ignoring what’s inevitable is not going to make the situation any better when it actually happens. Filing your return sooner rather than later will at least clarify your tax position and give you a few months to save what you need. In any case, if you do need to make any special arrangements with HMRC, you won’t be able to begin to discuss terms with them until you’ve at least filed your return.

Could Your business be Structured More Tax Efficiently?

It’s not all bad news. Because the new dividend allowance is available to everyone, regardless of whether they pay basic rate, higher rate or even no tax at all, it could be worth reviewing the shareholding structure of your business and considering making a spouse, civil partner or other close family member a shareholder. By diverting some dividend income, you’ll maximise the tax efficiency of your business for future years – and if you act now, you could also avoid having to make a Payment on Account at the end of January by demonstrating to HMRC that your 2017-2018 taxable income will be reduced.

Don’t Leave It Any Longer!

To avoid any nasty surprises, and enjoy a stress-free Christmas, let Inca take care of your 2016-2017 tax return now. We can also advise you if your business could benefit from a review of share ownership to see if restructuring could help you keep more of your hard-earned money in your family unit.

Couples Jointly Owning Rental Property: Are You Both Declaring Your Income & Could an Ownership Split Adjustment Reduce Your Tax Liability?
2nd August 2022

Are You Planning to Sell a Second Property You Own in Your Name Only? Allocating Equity to Your Partner Could Reduce Your Tax Liability!
2nd August 2022

Is Your Business Getting the Recognition it Deserves?
12th June 2022

Contractors – Are You Compliant? HMRC Focuses on MSC Breaches in the Private Sector
26th May 2022

Boost Your Web Results: Learn How to Get More from Your Business Website!
31st March 2022

We use cookies and similar technologies to recognize your repeat visits and preferences, to measure the effectiveness of campaigns, and improve our websites. For settings and more information about cookies, view our Privacy Policy. By clicking "I Accept" on this banner or using our site, you consent to the use of cookies.