Are You A Public Sector Contractor? What You Need To Know About New IR35 Rules 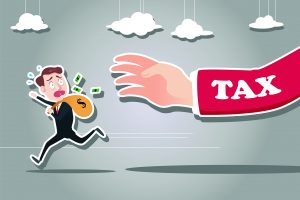 IR35 – also known as ‘intermediaries legislation’, is a set of rules that affect your tax and National Insurance contributions if you’re contracted to work for a client through an intermediary.

On 6th April 2017, new rules relating to the IR35 system in the public sector came into effect. We asked Anita Kalra, Employment Lawyer for Kalra Legal Group – and Inca strategic partner – to draft a guest blog giving us more information about the changes.

These changes mean that the responsibility for payment of correct tax and National Insurance now lie with the agency or ‘employer’ rather than the individual working for their own limited ‘intermediary’ company. The new rules will affect thousands of workers who provide services to the public sector on a self-employed basis. This could include Project Managers, IT Consultants and Specialists.

Last year, the government published a consultation on proposals to amend the IR35 legislation for workers who provide services to a public-sector employer through an intermediary. IR35 aims to prevent ‘disguised employment’. It ensures that individuals who work through their own company pay employment taxes in a similar way to employees, where they would be employed were it not for the intermediary company that they work through. This new measure, “Off-payroll working in the public sector” means that public sector employers shall be responsible for deducting tax and National Insurance at source, rather than shifting the burden over to the self-employed worker.

However, this could have a profound effect on both the individuals and public sector services providers. This is because it will likely result in many self-employed workers being subject to National Insurance Contributions for the first time. Furthermore, a 5% deduction currently allowed to intermediaries for “notional expenses” will no longer be available in the public sector, resulting in significantly reduced take-home pay. As a consequence, the public sector could either have to deal with a skills shortage as workers choose to work in the less tax-burdensome private sector. Alternatively, it could result in the public sector being forced to increase their pay to compensate for the changes, potentially negating the increased tax revenue that the changes may generate. This is perhaps most concerning in relation to the NHS, where the cost of preventing staff moving to the public sector may cause further deficits in funding.

It’s also important to note that these changes do not affect the employment status of those affected, and workers will remain self-employed’ rather than employees or agency workers. Therefore, whilst self-employed contractors working in the public sector may be taxed like an employee in terms of rates and also now in terms of who pays their tax, they do not enjoy the statutory employment rights such as the right not to be unfairly dismissed or Statutory Sick Pay. However, off-payroll working in the public sector does not create any new pension obligations. The worker continues to be able to keep up any pension they have with their intermediary and to continue to claim tax relief there. Yet this does raise the following question, if the contractor is being taxed like an employee, will they be able to make a claim that they have a parity of rights with employees? The Government has not provided any guidance on this issue, but one does fear the flood gates opening on tribunal claims of this nature.

Nonetheless, the Government say these reforms are necessary because according to their own estimations, 90% of the workers affected in the public sector are currently paying insufficient tax resulting in an annual loss of £400m to the HMRC.

The IPSE (Association of Independent Professionals and the Self-Employed) has also raised concerns that HMRC may retrospectively investigate engagements that have now been determined to be inside IR35. If for example, someone decides in April that IR35 should apply, will HMRC then query if it should have been applied to income received before this point in time? Whilst there isn’t anything in the legislation that prevents HMRC from doing this, it’s not clear if they will have the resources required.

HMRC has created an online tool to help people determine whether they are an employee or self-employed, and whether they might be covered by IR35. Of course, this is different to whether they have ‘worker’ status, but it’s a very useful tool. Take a look at https://www.tax.service.gov.uk/check-employment-status-for-tax/setup

Do You Need Advice on IR35 Changes?

If you’re a contractor working in the public sector and you’re not sure if IR35 legislation applies to you – or if you’d like clarification on any aspect of employment law, you can contact Kalra Legal Group on 0808 1151 040 or send an email to [email protected]. All initial 30 minutes enquiries are free of charge.

Book onto Our Webinar & Learn How to Get More from Your Business Website!
4th May 2021

Invest for Less: Could the New Super-Deduction Help Supercharge Your Business?
6th April 2021

Learn How to Use Targeted Facebook Ads to Grow Your Business!
6th April 2021

Your End of Tax Year Checklist: Make Sure You Don’t Pay More Tax than You Need to!
7th March 2021

The VAT Domestic Reverse Charge for CIS Businesses is Here: Are You Ready?
7th March 2021

Get Connected & Get More Sales with LinkedIn!
27th January 2021

Are Numbers Your Nemesis? Bookkeeping & Business Finance for Those Who Hate Numbers
2nd October 2020

Businesses we’ve helped to grow:
By continuing to browse or by clicking "Accept All Cookies", you agree to the storing of first and third party cookies on your device to enhance site navigation, analyse site usage, and assist in our marketing efforts. Cookie Policy